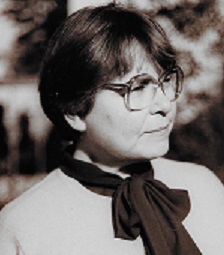 How do you plot a mystery?

When I started writing that first mystery, my dad asked me whether I was using my usual method. “What method?” I said. “I never did this before.”

“Oh, you know,” he said. “When you were little girls, I’d tell you that you had to quit telling your sister stories and go to sleep, and you’d say, ‘I can’t! I don’t know how it turns out.'”

Well, that’s not quite how I write mysteries. I usually at least think I know how it’s going to turn out before I start. Then sometimes the story surprises me. So maybe it’s not that different, after all.

Where do you get your ideas?

Writers like to make fun of that question, but I think it’s kind of interesting. Sometimes I don’t know, but I know I wrote the first book, Murder in C Major, because I got mad at an oboe player.

Murder & Sullivan grew out of a different kind of experience I had in the Bloomington Symphony. Years ago, when we played Menotti’s opera Amahl and the Night Visitors at our children’s concert, Amahl, the little boy, and his mother were sleeping in front of their cold fireplace while the three kings sang an interminable (though lovely) three kings song. And when they knocked at the door–actually one of them banged his staff on the floor, because we had almost no scenery–the mother was supposed to wake up and sing, “Amahl, someone’s knocking at the door. Go and see who it is.”

But she didn’t. She just lay there! We were down in the pit, waiting to play for her, but helpless. The soprano had several children of her own and was so tired that Sunday afternoon that she’d really fallen asleep. Putting their heads together, the kings knocked again, really loudly. The mother woke up and came in–with the right words on the right notes.

Sitting down in the orchestra pit, I thought, what if she were dead? It would be a terrific mystery. But I couldn’t think who could have done it but Amahl. That’s when I thought maybe I’d write a Tosca story, and set it in Bloomington, at Indiana University, where they do lots of operas. But my agent talked me into staying in my imaginary town, Oliver, which is much smaller. I told him the music was too hard, even if I brought in outside soloists, as he suggested. I knew the Oliver Civic Symphony couldn’t play Puccini! So that’s when I decided on Gilbert & Sullivan. When one of the Ruddigore ghosts doesn’t come in on cue in Murder & Sullivan, you’ll remember what happened in Amahl.

For The Vanishing Violinist, I figured out how to involve Joan in the Indianapolis international violin competition–by having her daughter engaged to one of the competitors–and how to ground the story firmly in Oliver too, to make my agent happy.

A funny thing happened to the next story, set in Oliver. The plot didn’t work. So I moved on to the idea I already had for setting one in Bishop Hill, Illinois, the tiny restored Swedish settlement I knew Fred Lundquist came from. I had visited Bishop Hill the last time I went to a high school reunion in nearby Kewanee–even came home with pictures a classmate was kind enough to take for me. We had a good time deciding which empty lot would be the Lundquists’ family home, and it was easy to decide where Fred’s father had his bakery–the place had once actually been a bakery. But that was a long way from coming up with a story.

Until, that is, I wondered what would happen if Fred’s mother, whose mind is slipping, witnessed a murder. By this time I knew her, because she had shown up in the book that didn’t work, and I knew her and how she would be likely to respond.

The result was Witness in Bishop Hill.

Then the tree sitters came to our town, and outside it. Hmm, I wondered. Suppose someone in Joan’s life did a tree sitting protest? Sure enough, a first violinist in the Oliver Civic Symphony decided she couldn’t play the concert they were working on, because she had to sit in a tree. By now, Joan was managing the orchestra, and that gave her a problem. But nothing like what she was up against when Andrew took the violinist’s place.

Death Climbs a Tree came out in 2005, which feels like a million years ago. In between, my body started to give out. Crummy walking, fractures, things you don’t want to know about delayed my finishing the next book. But I finally did. It had to wait, though, because it was published by Perseverance Press, and I had to get in line.

In Her Brother’s Keeper, Fred’s mother comes to Joan’s daughter’s wedding but so does Joan’s brother, the last person she wanted to see there. That means trouble, and off we go again.